Embracing the Radical Core of Loneliness 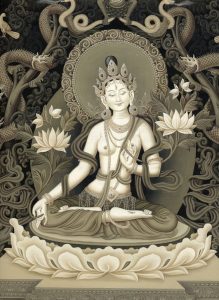 Loneliness. I feel it frequently. Viscerally. It’s like a core of suck. Lately I’ve noticed it comes at certain times of day – generally right around twilight, and I am seized with this sense that it’s like “oh my god, i’m totally crazy, i’ve been running around the country and the world shooting my mouth off and people think i’m nuts and no one wants to talk to me except via email and my only friends are my cats…”

Which, perhaps, is true. And yet, despite being *that guy* (c’mon, even you know I’m that guy, even my therapist knows I’m that guy, and he adores me) when I’m not suddenly *floored* by wacky depression (hits like a ton of bricks, walking is an INCREDIBLE antidote) the fact is that I have a muse just like you have a muse (otherwise, neither of us would read the stuff we read or write the stuff we write) so basically –

We Are So Much Less Alone Than Most People.

because they have nothing. they have tv and Kandy Krush. they have Pokemon Go and bad pornography. they have this absurd de-contextualized wall of data and they don’t have any sense of “a wellness lifestyle” to filter and contain that mountain of bullshit out there.

Which makes us elite, actually. It really does. All around us we have people so *afraid* of loneliness that they will actually spend fifteen hours a day trading cat videos on Facebook rather than actually *feel the loneliness.* They never feel it because they *can’t* feel it. We Are the Lucky Ones.

And yet, there’s that *thing* that we feel in it. Here’s the best thing I can offer:

The impulse on it is to attach something to it. “I am lonely because…” (my favorite one is because my Dad doesn’t like me, I’m sure you have one too.) But no! Wait. Loneliness does not have *causality.* Seriously. Loneliness is like a Buddhist joke (because I’m a Buddhist – to the Hare Krishnas, maybe it’s a Hare Krishna joke, but I don’t know their world view so I can’t explain it to them.)

Here’s the joke: you’re lonely because you’re *feeling* something. Feeling something isn’t just “alien to our culture” today but it’s kinda alien to the Western world like, maybe forever. And what you’re feeling is *real* in the sense that I get a knot in my stomach – but the most important thing is to *not attach anything* to that feeling and just feel it.

Breathe. Seriously. When the lonely hits, I breathe. I have literally pulled the car over to breathe into the loneliness and feel it and DARE IT TO KILL ME. “I can feel you, loneliness! Kill me, you bitch!” And it hurts so bad and it really does seem like death is a better idea, but once I have determined that Loneliness is an entity, then I conjure up a dark yummy thought like, “I am lonely because people SUCK.”

And you know what happens then, when I externalize it? When I’ve felt it try to kill me and then I become convinced that it’s because of THEM? Then I feel AMAZING. Because *they* are trying to hurt *me* – and I won’t let them, dammit. Fuckers.

Accept the lonely. Breathe it in. Invite it to kill you. Externalize its source. And recall that if Lonely is “the rest of them” that you aren’t going to let them kill you.

You just wouldn’t believe how effective this is. It’s kind of absurd, really. But hey – that’s kinda what I’m here for.

Posted in Passage of Time

Inside the Golden Grenade
by Gregory J. Pleshaw, November 14, 2004

In the days preceding Election Day 2004, I would catch a glimpse of the Golden Grenade as I cruised down Paseo de Peralta and crack a cynical little smile. The Grenade, perched on a pedestal in front of the Linda Duham gallery, glistening in the afternoon light like a Gucci bauble, struck me not as a glorification of war but as a symbol of the ways in which we dress war up as the golden panacea to solve all of our problems.

Things not going so well? Go to war!
Can’t communicate with your neighbor or spouse? Go to war!
Need a distraction from the workaday grind? Go to war!

Because war, after all, is pretty – it shines in the sunlight like the spectacle of brass bands and young men in uniform, it is rockets-red-glare lighting up the skies of Kabul and Baghdad, it’s a spectacular show of force that gives rise to ratings on CNN and to the everlasting glory of these United States – and it isn’t just beautiful, it’s also sleek and stylish as well.

In other words, the Golden Grenade struck me as a kooky symbol of irony, the common tongue of the art of our time, and knowing Linda Durham as I do, as a brilliant kooky lady who loves a good bitter laugh as much as I do, I felt as if she were cracking a private joke and I was privy to the ironic laughter of it, because both of us know better than to consider war as a fashion statement, no matter what George W. Bush, Bill O’Reilly, or Coco Chanel might have to say otherwise.

In the days following the election, however, the Golden Grenade has become something else entirely as I ride past it on the Paseo. No longer a joke and certainly not very funny at all, the Golden Grenade has become synonymous with my own psyche and perhaps that of any reasonable thinking person in America. We are all a live grenade at the moment, sitting somewhere in the lonely darkness of the 24-hour-news-cycle and the broadband Internet connection, each of us secretly wondering why no one is marching in the streets for the myriad of injustices that have been revealed to us since Election Day, each of us faced with a whole slew of questions that few are daring to ask but which are lingering in our minds nonetheless.

The likelihood that any marching in the streets will be going on is slightly lower than nil – for despite our state-of-the-art communications systems and, um…”free” press, the questions that need to be asked reach into the very heart of what America is and what it means to be an American – and most people just simply aren’t ready for the kind of soul-seraching that this kind of national identity crisis might trigger.

Fortunately for you, since my life seems to be just one identity crisis after another, I am relatively exempt from such massive shocks to the system, so I will ask them and then maybe you can too:

1) Did the Bush administration rig the election in any way, shape, or form?

2) Did John Kerry have any a priori knowledge of the possibility that they might try to do so?

3) If he did not, then why did John Kerry concede the race so very quickly, before all the votes were counted and before any state (including our own) had certified their election results?

4) Was there a deal cut between the Bush administration and John Kerry for Kerry not to question the outcome of the race?

5) Does that deal include a pledge by the administration not to make any attempts to block former President Bill Clinton’s ascendency to the Secretary-General slot at the United Nations when Kofi Annan resigns early next year?

6) Do the answers to any of these questions matter to us any more, one way or the other?

7) Has creeping fascism crept up on us so quietly that we hardly notice it’s there?

8) Are we honestly being asked to accept, by the talking heads on TV and the headless wonders at the Democratic Party, that it was the “immorality” of gay marriage that drove millions of Americans to vote for warfare over healthcare, big money interest over an increased federal minimum wage, and an energy policy that has driven the cost of crude oil up to $55 a barrel, the highest price ever?

9) Do the majority of Americans really believe that the Bush Doctrine of pre-emptive attack on sovereign nations won’t come back to hurt us?

10) Does it concern any Americans (including us liberals) in the slightest that devolution in our social policies and a go-it-alone strategy in geo-political enterprises create exactly the right conditions for either the EU Euro or the Chinese yuan to supersede the dollar as the premiere global currency?

11) Has the digital divide of the Information Age really created an intra-national dynamic whereby the wealthiest and most well-educated members of the blue states are nevertheless at the utter mercy of the poorer and more socially ignorant red states?

12) And if that’s the case, then what precisely are we, as wine-swillin’, brie-eatin’, New Yorker readin’, private schools for our kids sendin’, college-educated, multi-culturated, cash-earnin’, equity-acquirin’, tax-payin’ American liberals going to do about the great unwashed out there, you know, the crank-snortin’, fried-food lovin’, truck-drivin’, wife-beatin’, ignorant racist homophobic mysognistic shitheads who HATE our values yet want our federal tax dollars, our movies, music, and television products, our teachers, social workers, nurses, doctors, defense attorneys, and everyone else who might choose one career over another because they’d rather Help Out Their Neighbor (altruism is not a trait of either a social or a fiscal conservative) than cash in and Screw Their Neighbor – who may be responsible for getting us into this egregious mess in the first place?

We can’t answer question 12 before we answer questions 1-5, so it really all comes down to the first five questions. All of those answers are out there, lying in wait deep inside the heart of the Golden Grenade sitting quietly in front of the Linda Durham Gallery in Santa Fe, New Mexico, patiently waiting for someone other than me to start asking those questions, in the loudest and clearest voice they can possibly muster. Go ahead – pull the pin – the rest of us are just about ready to explode anyway.

{republishing this from my archive on November 17, 2016 – in twelve year, how little has changed, eh?}